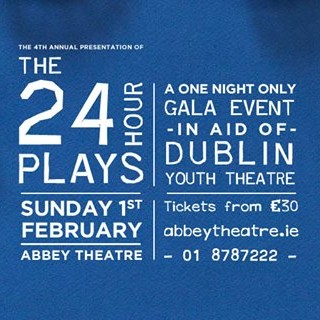 I joined my local youth theatre – Droichead Youth Theatre in Drogheda – when I was 14 or 15. It was the late-90s and cynicism was the order of the day but in youth theatre you were allowed to care about things. It was a relief to find a place where you were allowed to be serious and enthusiastic about the things you were passionate about. It was also an escape from homework and exams and a space to figure out who I was, away from school where the need to fit in and not attract attention felt crucial. In youth theatre you were encouraged to use your imagination and voice an opinion – things that didn’t really happen in school when time was mostly spent preparing for the Leaving Cert. Youth theatre was an important part of my life, a place where I made friends and had fun but it also gave me some much-needed confidence in myself, in who I was and what I was capable of. All this is to say that I think youth theatre in a good thing. I am very much in favour of youth theatres.

Youth theatre is also where I developed my love for devised work. (In college it became more of a love-hate relationship – it’s so much harder without a director in charge!) I love devising because the end product is always greater than the sum of it’s parts. It’s a combination of the people who were in the room, and it only exists because those people spent that time together. In the early stage of rehearsals you can start the day with one clear and brilliant idea, then you hit a couple of brick-walls, have a couple of tense conversations before a comment starts an avalanche of new ideas. By the end of the day you have a whole new way to tell the story, and it’s so much better than the idea you started the day with. And the way things slot together always feels a little bit like magic. (Those are the good days – on the bad days you just keep hitting the brick walls and it’s just frustrating for everyone involved.)

In a couple of weeks time, another DYT – Dublin Youth Theatre, are holding their annual fundrasier. The 24 Hour Plays is on at the Abbey Theatre for one night only, on February 1st. If you are not familiar with the 24 Hour Plays, it’s a simple idea that’s also a little bit magical. A whole host of very talented people agree to make a play in 24 Hours. Everyone comes together for the first time on Saturday night and when the curtain goes up on Sunday evening, six brand new plays will grace the Abbey stage. The audience will be entertained by stories and characters and dialogue that didn’t exist 24 hours before. I feel like it is in the same spirit of youth theatre, which was always a little bit chaotic, a little bit fly-by-the-seat-of-your-pants. It’s clever because people only need to volunteer 24 hours, but it’s a very busy 24 hours. The people who are being asked for money get an excellent night’s entertainment out of it, with a very starry cast and made by people who are the best in the business.

The playwrights are Barbara Bergin, John Butler, Dylan Coburn Gray, Roise Goan, Kate Heffernan, and Michelle Read and the directors are Dan Colley, Gary Keegan, Oonagh Murphy, Bairbre Ni Chaoimh, Ronan Phelan, and Gerry Stembridge. There’s usually a fantastic musical guest as well so you are guaranteed an excellent night’s entertainment. This is the fourth year of the 24 Hour Plays in Dublin and every year it has sold out.

So what are you waiting for? Book your ticket now!
The Abbey website seems to be down at the moment, so if you are eager to book immediately, give them a ring on 01 87 87 222.