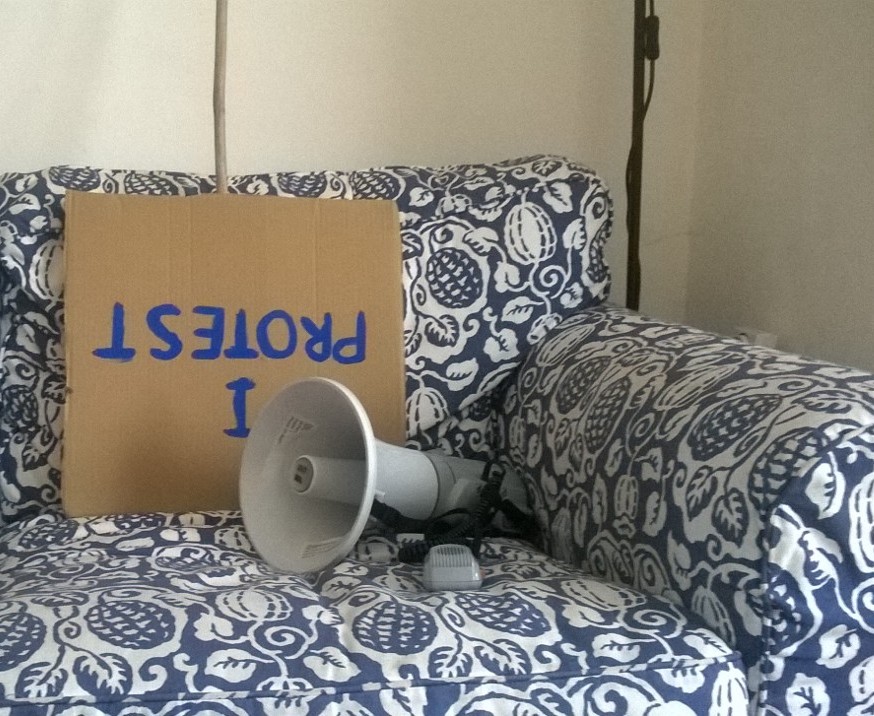 On Thursday morning I felt ready for the day ahead and the show that night. We’d had a good dress and tech rehearsal the day before, the show was looking really good – we were ready! And then as the day went on, the nerves started kicking in. A lot of people I knew were coming to see the show that night and I didn’t want to disappoint them. I was suddenly afraid that it wasn’t funny and I should have put in lots more jokes. By the time I had to leave for the theatre, I wanted to run away and hide. 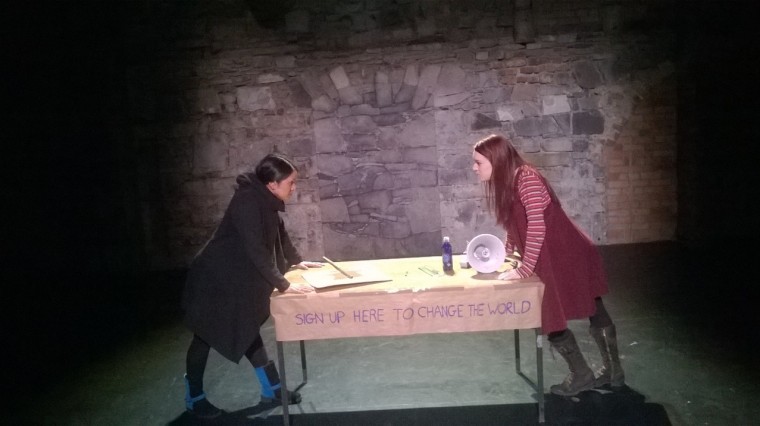 When I got into Smock Alley, it was buzzing. It really felt like something exciting was happening and that distracted me from my nerves. We ran lines in the Banquet Hall, where there was one, maybe two other company doing the same. There were small groups warming up or having a quick bite to eat before their show. When we headed backstage to get set up, that was also a hive of -very quiet- activity. With four shows in each space, there were people everywhere! We ended up in a corridor while we waited for the cast of the previous show to finish up. We had a chance to run it onstage one last time (the advantage of having a very short show!) and then suddenly it was time to let the audience in!

I was very nervous as I sat in the dark and waited for the show to start. Then it started and my cast were wonderful and the audience laughed when they were supposed to laugh, which was a major relief. Not only did they laugh, but they listened and it felt like they were getting it. It was great. I had a pen and notebook in my lap but took zero notes. There was no need! I was on a bit high after that and in bar afterwards, I felt giddy and happy as I tried to talk to six people at once. People said lots of lovely things and I felt content and proud. Friday also went well – I was a little less nervous, though we also got less laughs. Mostly I was pleased and grateful to all the friends who came over the two nights. It was really kind of them and made me feel very supported. I was also so grateful to my cast who did such a lovely job with the script. They really couldn’t have been better. 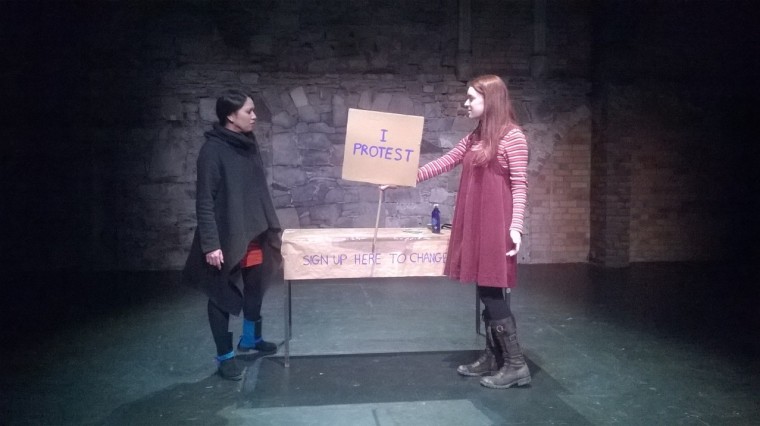 And now it’s all over but I’m glad that I did it. I was a fantastic experience, even the scary bits. Even the stomach-churningly terrifying bits when I wondered what the hell had I gotten myself into. Taking a play from page to stage has been enormously encouraging for my writing. Now I know that I can write something that makes people laugh! That makes people think! That makes them discuss it in the bar afterwards! I also learned a lot about editing. Listening to your own words over and over again makes you want to cut them down to the bare essentials. Everything has to be justified and the rehearsal process really puts that to test. I am hoping I’ll be able to write more sparingly in the future.

Mostly it was a joyful process of taking something that was just an idea inside my head and making it into a piece of theatre that I could share with other people. That was exhilarating. I want to do it again now! 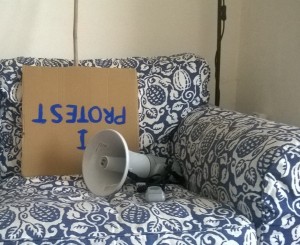