One of the lawyers is in therapy, and is really enthusiastic about it. Warren has a weekly counselling session and he talks about it all the time. He talks how much it’s helped him and how everyone should try it. The others are appalled by the idea! They don’t need therapy, they’re not crazy, there’s nothing wrong with them. It’s that fear and stigma around therapy that feels really dated to me. 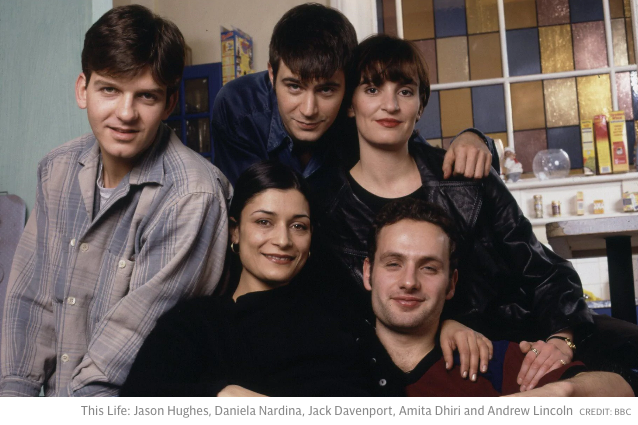 If I had any opinions about therapy as a teenager in the 1990s, I probably thought that it was something Americans do. It might have been a surprise to me that British people did it too but it was still something foreign and not for the likes of us. (That said, in secondary school our guidance counsellor did offer counselling, which meant you could go have a chat about anything that were upsetting you. There was no stigma attached to this because it was mainly seen as a way of getting out of class. I don’t think I would have connected that with therapy though.) Since then, many things have happened in my life to change my thinking around therapy and counselling. Mainly going to therapy myself a few times when something major has happened in my life that I needed a bit of help to figure things out.

The first time I went to a counsellor was shortly after I moved to the UK for college. It was my first time living away from home and my grandad had just died. Almost literally just before I left. He died on Saturday, the wake was on Sunday, we had the funeral on Monday and on Tuesday morning I got on a plane to London. For days I’d been surrounded by family, then suddenly I was alone, living in student halls where I didn’t know anyone. It was over-whelming. I realised I needed help was when I started crying at a job interview and couldn’t stop. I didn’t stop for hours. I left the interview and just wandered around Woolworths with tears streaming down my face, feeling sad and in the wrong place and like I’d made a terrible mistake.

Help was available for free, from the student’s centre on campus, a short walk from halls. That first counselling session didn’t go particularly well. I started crying about two minutes in and decided I didn’t like the counsellor and I didn’t want to cry in front of this mean stranger. I don’t think I even stayed for the whole 50 minutes. I went back to my room and cried in bed for a while, which helped a little. Going out dancing with the people from my halls that night helped a lot. I decided therapy was not for me and it was almost 10 years before I tried again. (I didn’t quit uni though and I had a brilliant three years once I got through the tricky first few month.)

The second time, I managed three sessions before I quit because I decided the money would be better spent in San Sebastián at a friend’s hen party. Again, spending time with friends, having the chats and drinking lots of wine was really helpful and made me feel much more positive about life. The third time I quit therapy it was because I had started lying to my counsellor and decided that we weren’t a good fit. Both times, I’d also got what I needed and was feeling better. Therapy doesn’t have to be a long-term commitment to be useful.

I think everyone can benefit from therapy, that getting out of our own heads and talking through stuff is useful. I believe this and yet I still struggle with the idea that sometimes I need therapy – I feel like there has to be something majorly wrong before I should consult a professional. I’m not depressed or anxious, I don’t have suicidal thoughts, I’m not sick enough to need therapy. In some ways, I’m just like Miles and Egg in This Life, insisting they don’t need to see a therapist, there’s nothing wrong with them. I said this to a doctor once, and she had the best response – she said that if something was bothering me enough to feel like maybe I needed to talk to someone about it, then it’s important enough to talk to someone about. I hold on to that when I feel like I’m being frivolous about seeking therapy.

Stigma is not the only barrier preventing people from getting therapy. I don’t think it’s even the main barrier. Money is a pretty big barrier too. There are  practical issues that can make starting therapy hard but cost is the big one. Therapy can be prohibitively expensive for a lot of people, and sometimes it takes time to find the right person for you to work with. It can take two or three sessions to decide if the counsellor is a good fit, and if not you have a start again with someone else and through all this you’re paying for every session. It’s not covered by basic health insurance and even with a medical card there is very little financial support for counselling unless and until you are very unwell.

Even if you are able to afford it, and have managed to convince yourself that you do need it, you still have to find a counsellor. That’s not always easy, especially when you’re struggling with day-to-day life and you don’t have the bandwidth to research or make decisions. Here’s a couple of places that helped me. My doctor recommended MyMind.org which lists a number of counsellors. They do sliding scales on fees and offer online sessions. Another useful site is the Irish Association for Counselling and Psychotherapy. This is the professional body for counselling so you have the reassurance that the people listed here are fully qualified. You can search the listings by the type of counselling they do and by county. There is also an option to filter to only see people who are offering online or telephone counselling.

Despite all my quitting over the years, I do think therapy is a good thing and I’ve definitely found it helpful. It has helped me feel less out of synch with the world, it’s helped make life better, easier, brighter. But it’s not fun and it’s not easy. I find it a struggle because it involves two things that I don’t like doing; they are asking for help and talking about myself. It also tends to involve a lot of crying in front of a stranger, which I also don’t love but I’ve got more comfortable with. I do tend feel better at the end of a session though. The fifty minutes of talking and crying gives me a new way of looking at the world, and new things to think about. It feels like it’s rearranged the furniture in my mind, maybe getting rid of some old, broken stuff that’s no use anymore and leaving all this extra space in my brain for other, happier things.

Therapy is hard work, so give yourself some time and space afterwards. Do something nice for yourself. And if you do decide to quit therapy, that’s ok too. Maybe it’s not the right time. Maybe you haven’t found the right person. Maybe it’s not for you. Take what you get from the experience, and then move on.

I don’t have any solutions for the high cost of therapy, which is infuriating when money worries cause so much mental distress. All I have to offer is a couple of mostly inadequate suggestions.

You could try this self-care game called You Feel Like Shit which might solve some immediate problems and help you feel a little better.

Or if you really need to talk to someone, you can call the Samaritans. They are not medical professionals and there is no way to build a relationship and receive continuous care, but they are there to listen and sometimes just saying things out-loud and having someone hear them can really help. (I say this as someone who has basically treated therapy like this, and as someone who has worked as a Samaritan.) It’s not an ideal solution, but until our new government figures out how to make mental health care accessible and affordable, it’s all I have to offer. You don’t have to be suicidal to phone the Samaritans, their number is 116 123. You can also text or email them on 087 260 9090 and jo@samaritans.ie Aware also have a helpline and right now are running their Support and Self-Care Groups on Zoom and over the phone.

And if you are having a tough time right now but don’t feel ready for therapy, here are some of the things I learnt during my last bout of counselling before I quit (again) in January. Maybe some of it will be helpful to you.

1. Feel the feelings. When you’re feeling sad or scared or anxious, don’t push it away, don’t try and explain it away or talk yourself out of it, just sit with the feelings for a while and experience them. (I can’t really tell you how to do that because I am still struggling with it myself, but the logic seems good.)

2. Be kind to yourself. Don’t beat yourself up about things, we’re all imperfect humans just doing our best.

3. Give up using the word “should”. There’s no one right way of living so there’s nothing you should be doing. This one I think is particularly useful right now – there’s no right way to feel or behave during a pandemic.

Finally, I believe you feel mentally stronger the more you feel in control of you life. There is so much that is beyond our control, all you can do is try and concentrate on the things that are within it. 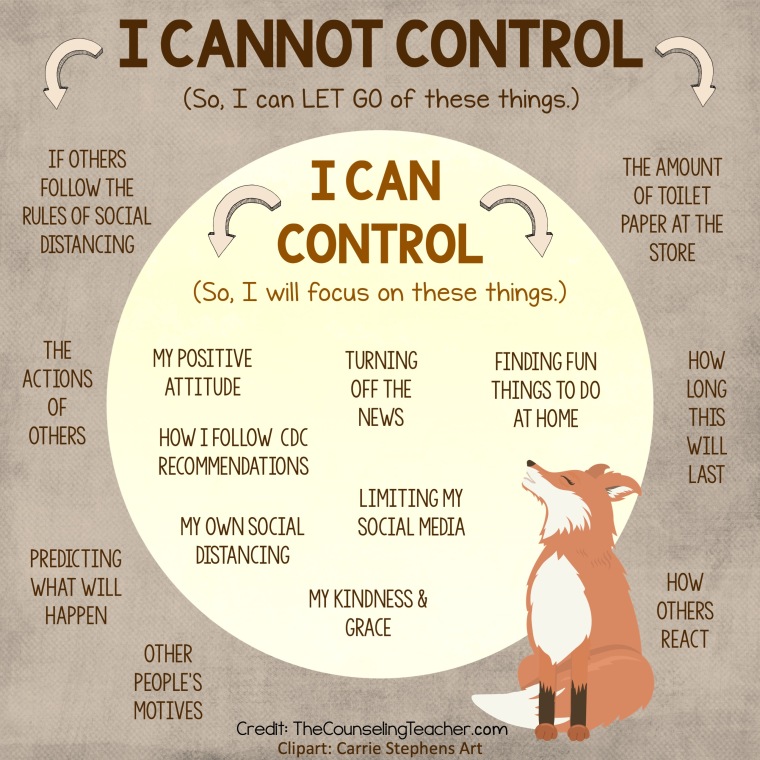